Located in the center of burgeoning Yerevan, Armenia the NPAK Center for Contemporary Art serves a community heavily invested in it’s cultural identity.  The Center held a design competition to revive their existing facility, with a goal to foster the development of the cultural movement in Armenia and usher in a new generation of artists, performers, and thought leaders.

To revive an institution is to give it a new face and a refreshed identity.  This proposal aims to satisfy all of the programmatic requirements within the existing building volume, while redefining the functionality and aesthetic impression of the entire facility.  Several prominent elements would be incorporated on the exterior.

The first component is an elevated plaza.  The plaza would create a distinct public domain that is separated from the street level, yet would remain publicly accessible.  The plaza can be an event space, an exhibition space, a park space, a gathering place and much more.  It would also be the place of the new winter sculpture garden.

The second element is a new glass and steel stair bar.  The existing volume is nearly adequate to capture the entire program of the new facility, the added space of the new stair volume would connect the new plaza to all of the interior public spaces.  The transparency of the space and open volume would make for easy way-finding and interconnect all of the public spaces in an organized fashion.  This space also expands the interior reception space and can be used for a variety of events at The Center.

The third primary exterior element is the interlaced metal scrim over the elevated plaza, which would serve many purposes.  It would create a new façade, making a bold first impression, one that is of a caliber that rivals other contemporary art institutions internationally.  It defines the courtyard space as an extension of the facility for a variety of uses; outdoor eating/seating, sculpture garden, and a venue for events.  It is a beacon.  The incorporated tower extends high above the plaza and existing building roof, signifying progress of the Armenian culture.  The top of the tower is fragmented, with structural elements rupturing through the skin, symbolizing a job not yet complete and a continuous search for a language of expression.   At night the tower would illuminate with adjustable colors in observance of various happenings at The Center and in the city.  Standing at the base of the tower and looking up through the inter-webbing of the interlaced metal and structure at the sky above would be a humbling experience.

As visitors walk through the new doors to enter the new Center, they would be met by a receptionist at the front desk.  Volumetric subtractions from the existing volume would create additional height where necessary, such as over the information desk at the front, and behind the large circular window on the south side.  The large window would bring in a fantastic quality of natural light which would be allowed to filter down the grand volume of the restaurant below.  A screen filters the natural light in front of the gallery spaces, while still allowing the southern light to penetrate deep into the galleries. 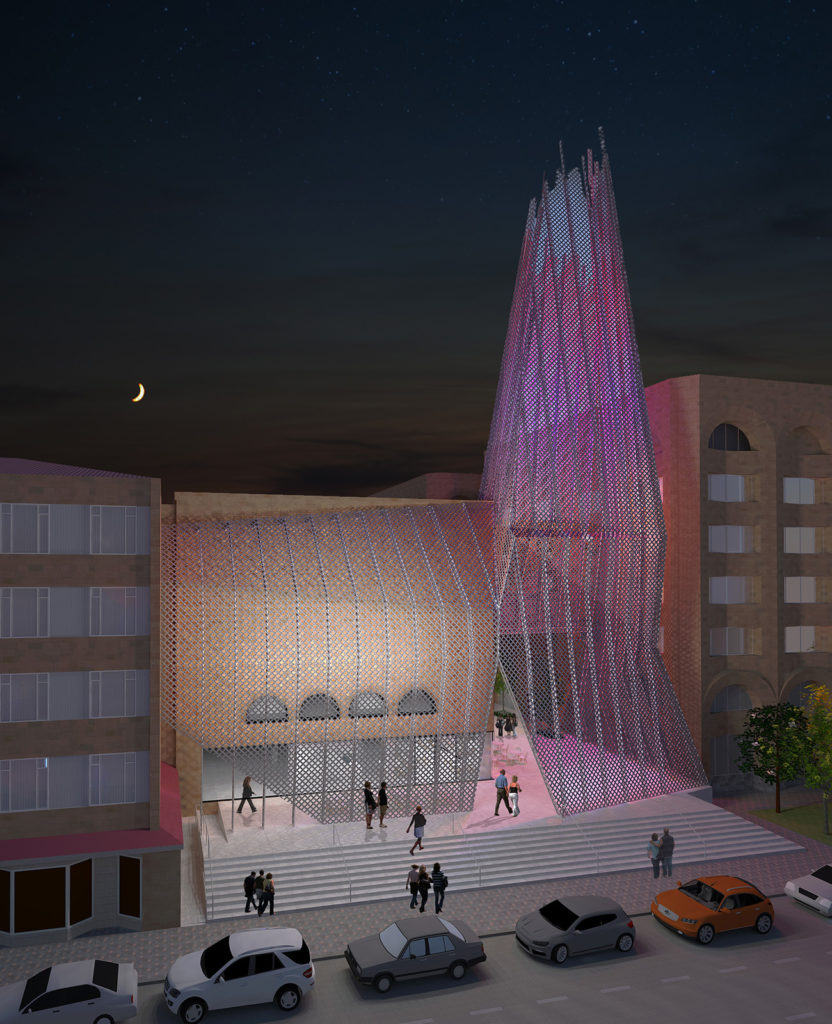 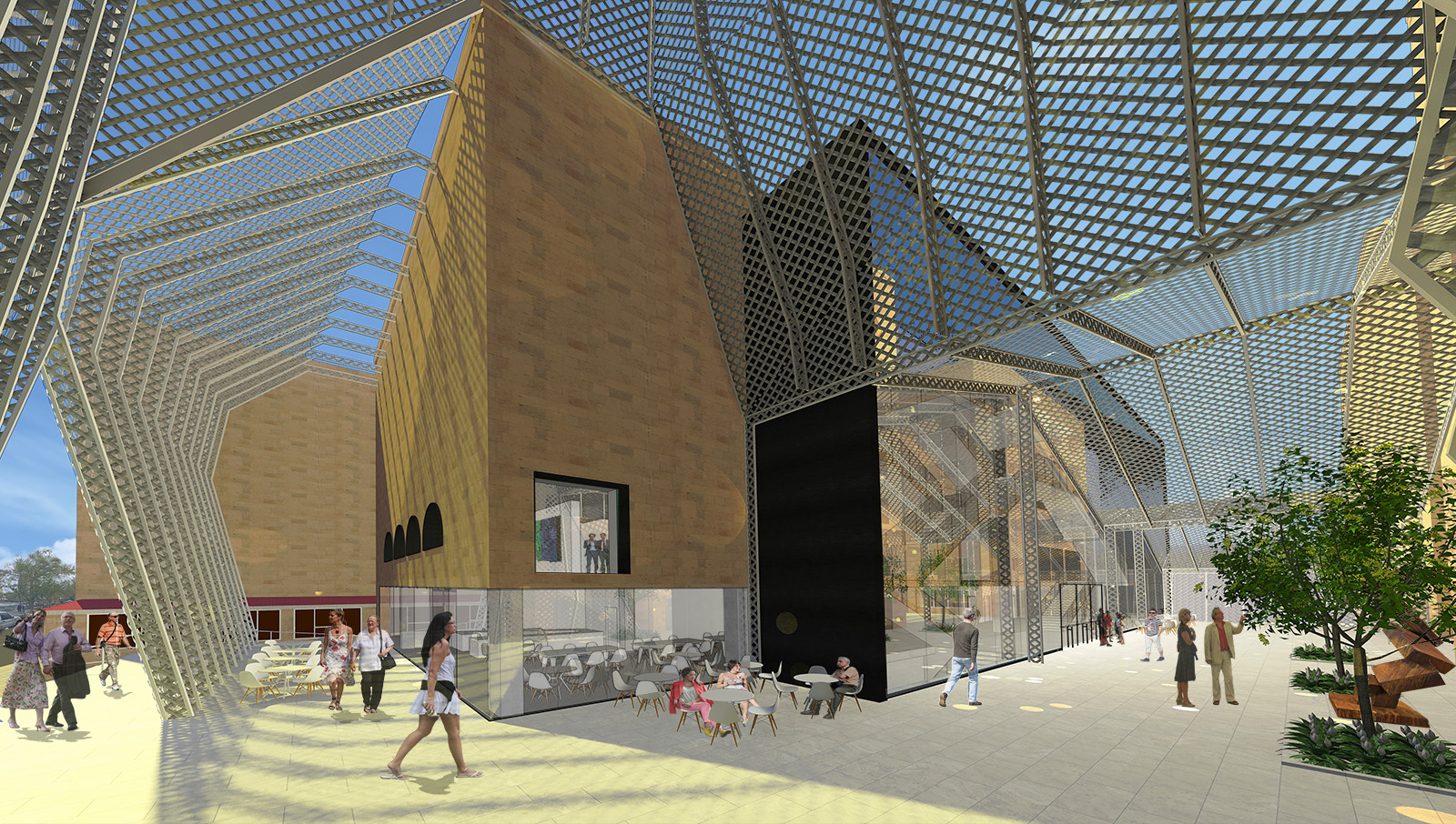 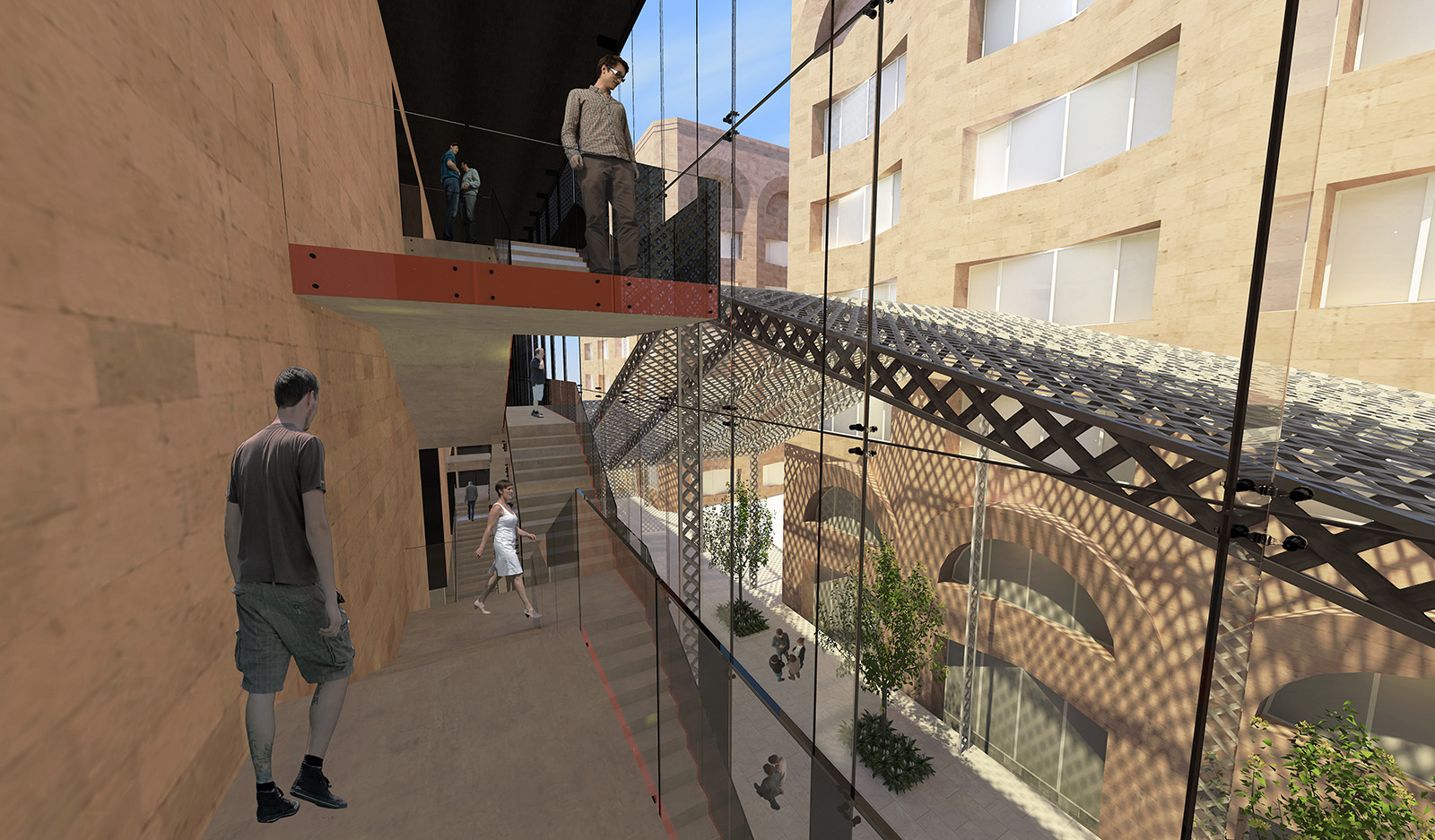 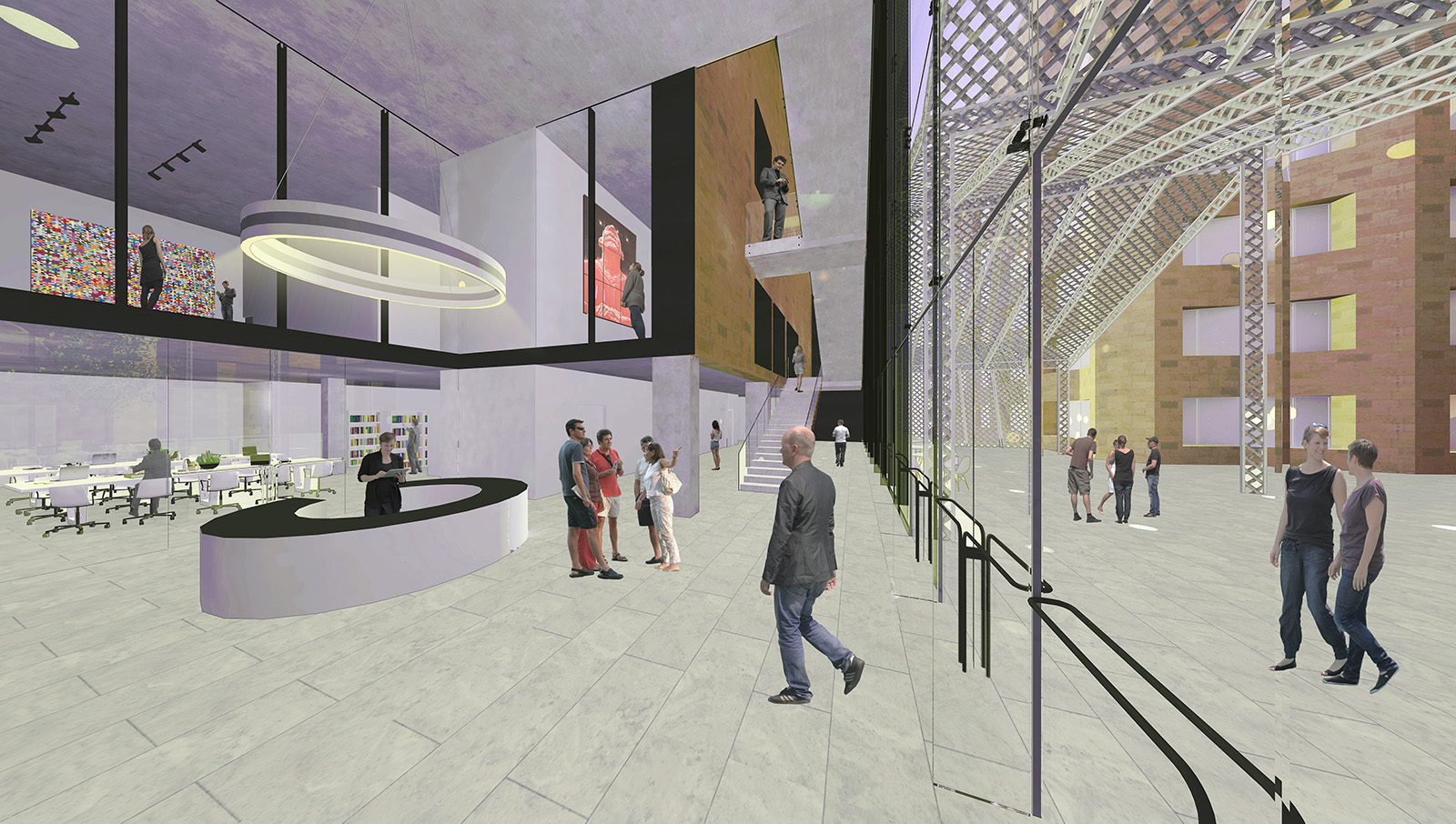 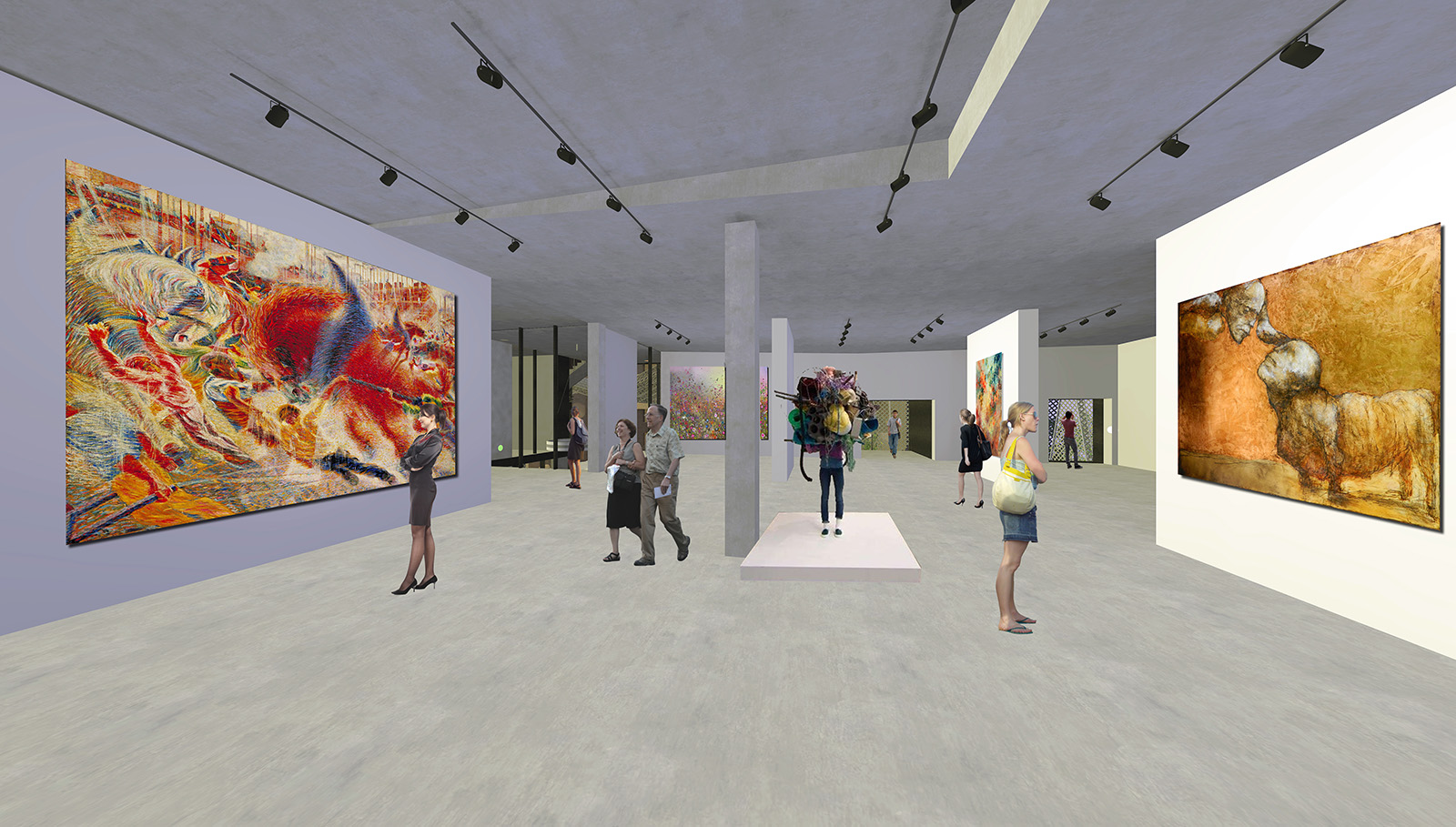 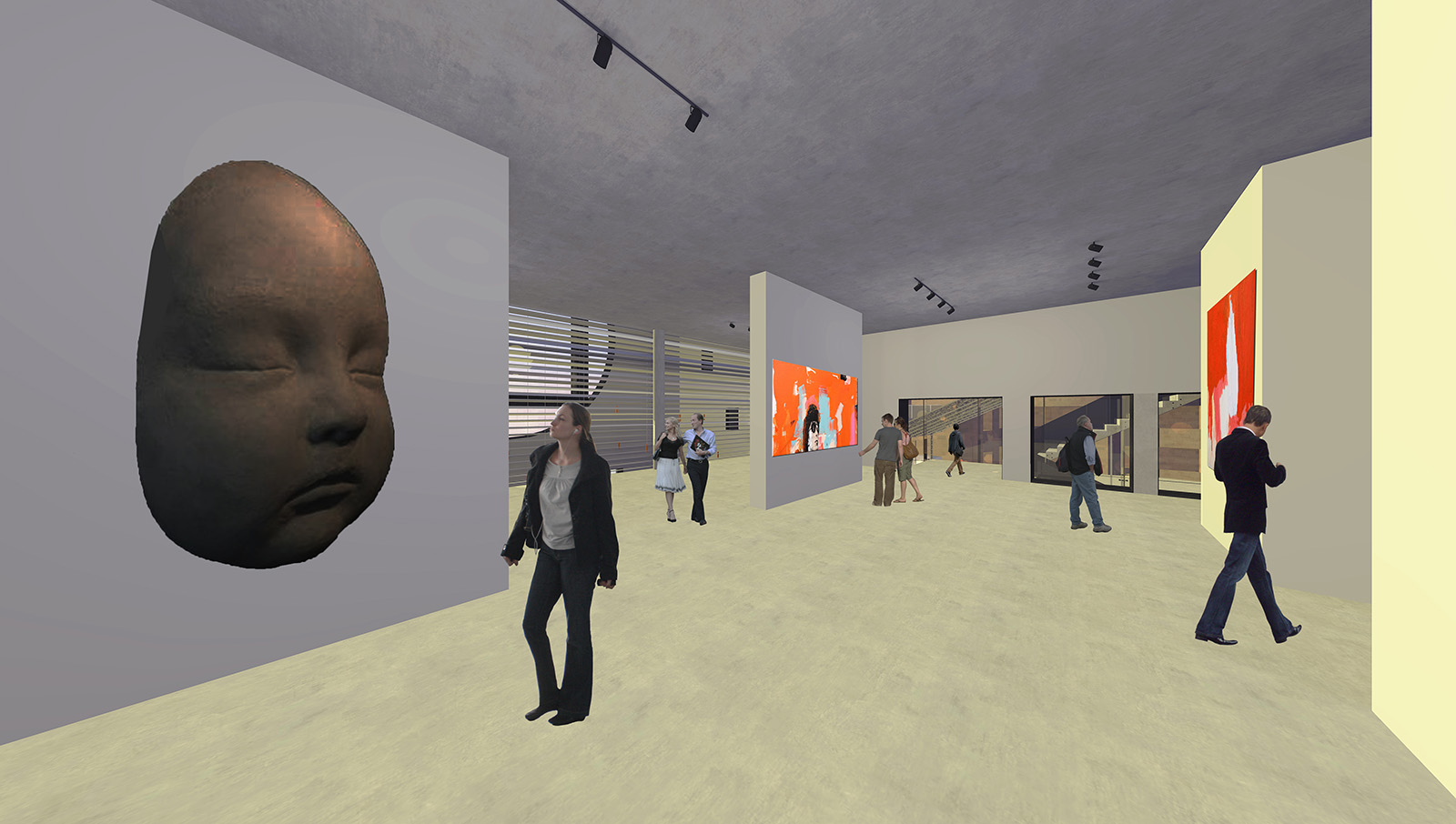 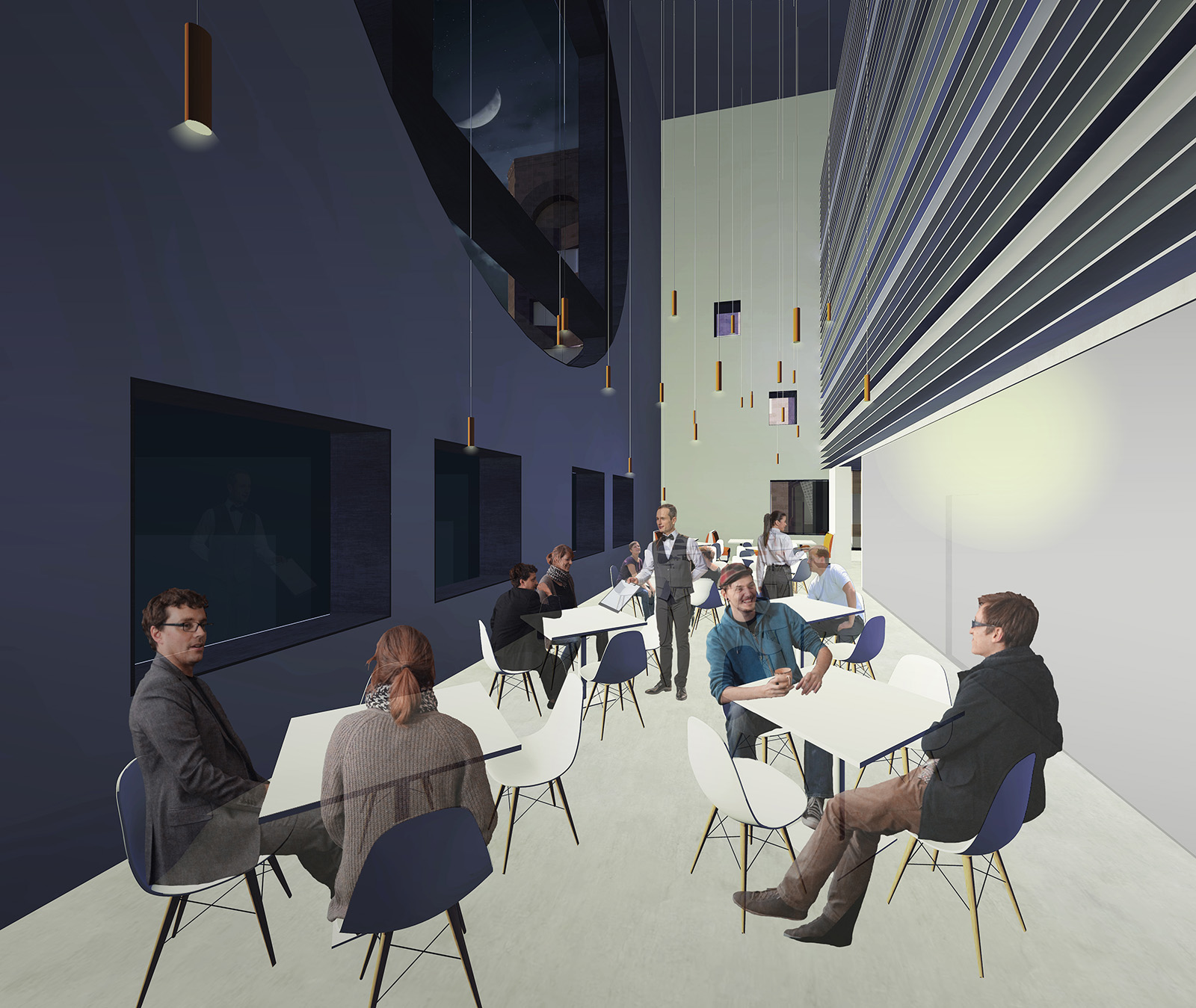 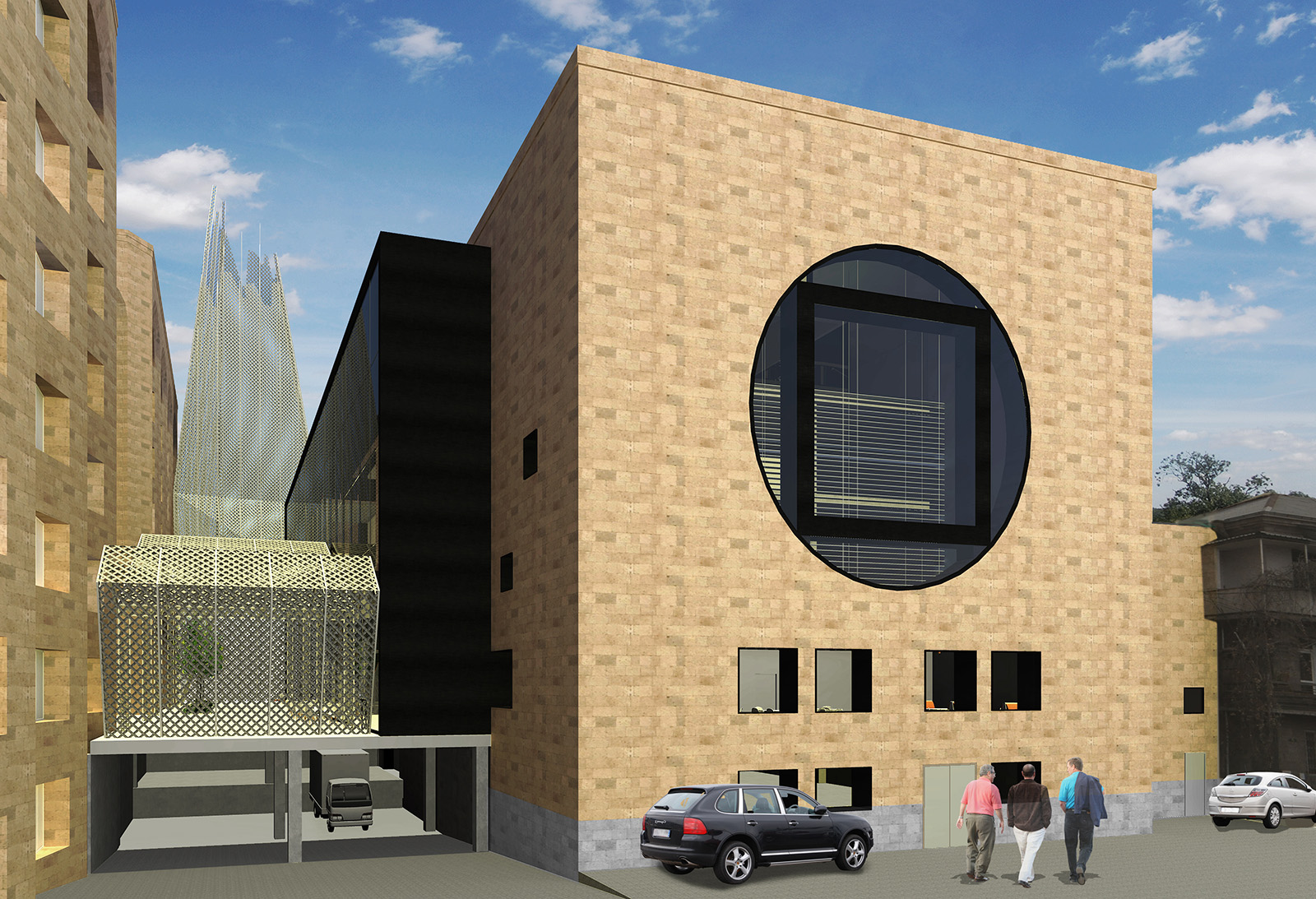